1998 Demon’s Eye is formed as a Deep Purple Tribute Band.
Meanwhile, Drummer Andree Schneider is the only remaining founding member of the group.

2007 Deep Purple drummer Ian Paice joins Demon’s Eye for 4 concerts in the Netherlands, Germany and Austria. Direct quote Ian Paice in February, 2007: “When I get the chance to play with other musicians and I don’t know them, I take a chance. If they’re good, it makes my job very easy. If they’re not so good, it makes my job very difficult. With Demon’s Eye, it’s incredibly easy. These guys are really fantastic! They know exactly what they do!”

On 18th of July, 2008, Demon’s Eye play the Burg Herzberg Festival in Germany and for the first time in the bands history they perform not only Deep Purple songs but also original material.

2009 Demon’s Eye perform as support act for Foreigner and SAGA.

2009 and 2010 the late Jon Lord, organ player of Deep Purple, performs his „Concerto for Group and Orchestra“ as well as some solo pieces and Deep Purple songs with Demon’s Eye and orchestra in Siegen, Potsdam and Munich. Direct quote Jon Lord in January, 2010: “With Demon’s Eye I feel like I’m playing in a real band.”

Im August 2010 Demon’s Eye record their first album with only original songs. „The Stranger Within“ is released on 18th of March, 2011 and includes 12 songs. From a stylistic point of view the album reminds of Deep Purple and Rainbow, but it contains new, individual compositions and is convincing because of its individuality.
The singer on the album is Doogie White. „The Stranger Within“ is very well reviewed by the music press.

Since September 2012 Demon’s Eye work with another international renowned vocalist from the UK: David Readman, the voice of Pink Cream 69 and Voodoo Circle.

On 18th of September, 2015, Demon’s Eye release their second studio album „Under the Neon“ with only original songs, once again featuring Doogie White on vocals.

These days, the band plays both original material as well as Deep Purple songs. 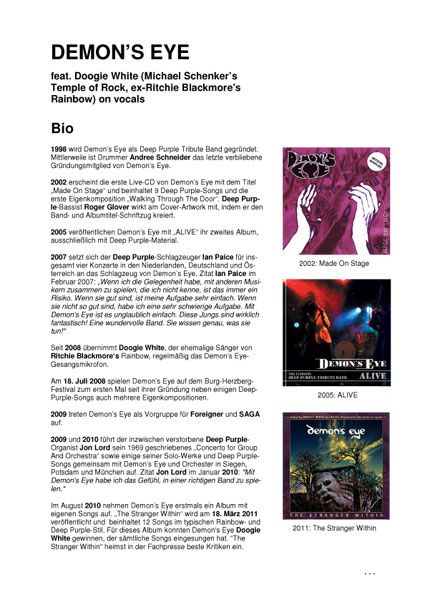 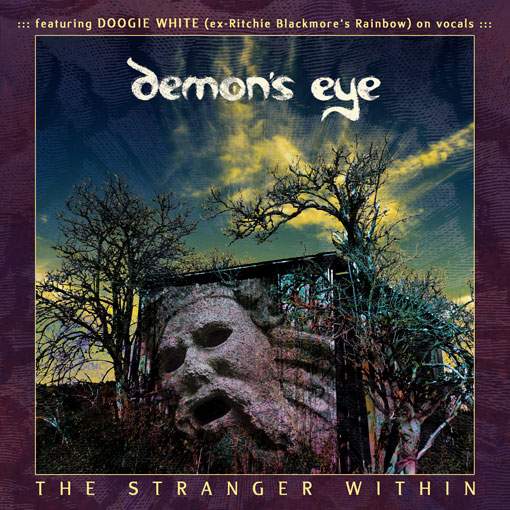 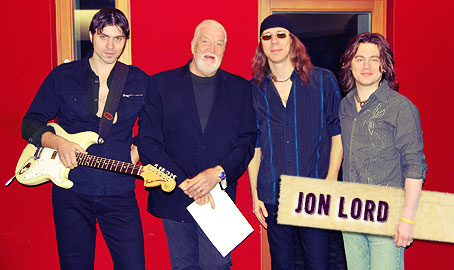 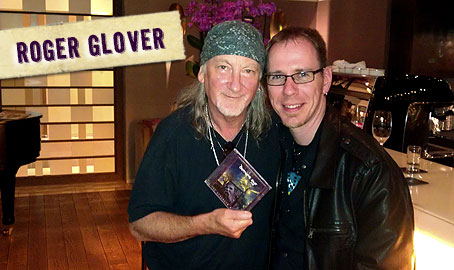