WELCOME TO MY WORLD – The official music video clip

Classic hard rock in the style of Deep Purple & Rainbow with a distinctive Stratocaster guitar sound and distorted Hammond organ.

Rock legends like Jon Lord and Ian Paice from Deep Purple had several concerts together with the band and were quite taken with their musicality and power. After building up a reputation as a Deep Purple Tribute Band, they established their name as an original band with their successful debut album „The Stranger Within“ in 2011. With „Under the Neon“, Demon’s Eye have now released their second album, once again featuring Doogie White, former singer of Ritchie Blackmore’s Rainbow and current lead vocalist with Michael Schenker’s Temple of Rock.

The songs of „Under the Neon“ seem to fit Doogie White‘s voice like a glove, enabling him to sing with great passion and emotion. This kind of music seems to lend wings to the Scottish singer.
„Under the Neon“ contains everything that enthralls fans of classic hard rock bands: powerful vocals rich in variety as well as brilliant and virtuose solos on guitar and hammond organ.

53 minutes of Classic hard rock at its best!

“…In fact, the guys really managed to surpass the high quality of their first album!

…Hardrock at its best – the whole nine yards!
I absolutely recommend to buy this album!”

“Together with Michael Schenker, Yngwie Malmsteen, Kruk he was and still is very good – but here Doogie proves that he is a Premier-League-Hardrock-Shouter.
That is one reason why you will love Unter The Neon…”

“…By releasing their second album, Demon’s Eye have surpassed the quality of ›The Stranger Within‹ by far and offer exactly the sound that Ritchie Blackmore has strictly been refusing for 20 years. Big fun!”

“… Certainly, UNDER THE NEON once again is purple Classic Rock, but despite reminiscences of albums like PERFECT STRANGERS it is anything but an imitation. … Especially the vocals of former Rainbow- and recent Michael Schenker singer Doogie White adds a great deal of depth and power to titles like „Road To Glory“ and „Dancing On Air“. In slower passages or bluesy songs like „Finest Moment“, you can hear that all the band members are very experienced…”

“… The album sounds absolutely great and authentic, the musicians are experts in their field and we all know that Doogie White is a great singer. His voice is literally perfect for this kind of music. … With „Road To Glory“, „Finest Moment“ or „Blood Red Sky“, the band offers some real gems – congratulations for their second album! Friends of down-to-earth Hard Rock music will love this album. I highly recommend: go out and get it!”

“…To be honest: if DEEP PURPLE released a new album with so much energy or RITCHIE BLACKMORE exchanged his medieval ukulele for an electric guitar these days, their critics would be silenced and the legends would be back again!…”

“… It’s astounding how easily the band ties up to the best days of Deep Purple and Ritche Blackmore’s Rainbow. One could even think he’s discovering some long lost pearls of those bands. I’ve seldom heard a record as perfect as this, carrying on the style of Deep Purple and Richie Blackmore’s Rainbow. A magnificent album that should bring them international success…“

“… It is a true pleasure to listen to this band and their new songs. You can hear where they have their roots and which famous band they idolize, but DEMON’S EYE have created something truly independent…“

“When I listened to DEMON’S EYE in my car for the first time, I applauded spontaneously. „Road To Glory“ is one of the most driving, energetic hard rock songs that I have not heard like this from Purple or Whitesnake in decades. A 10 points song, an escalation of musical enthusiasm…”

“…This is one of the most brilliantly conceived records I have listened to for years and years. Every damn song on this record is vibrant, dynamic, and moving. In other words, there is not one single filler track on this disc. This is a musical orgasm lasting 53 minutes…”

“… Demon’s Eye’s second album actually outshines everything that the original Deep Purple have produced since “Perfect Strangers”.
All fans of this genre just have to buy this record! An excellent album!”

“… For me, “Under The Neon“ is the best Deep Purple – album since “In Rock“.
There are no filler tracks and the live-energy was captured congenially…
“Under The Neon“ takes me back to being a 16-year-old hardrock-fan…”

“…Mark Zyk takes an elegant bow to Ritchie Blackmore with his guitar play, there are fantastic organ- and keyboard parts, and on top of that Doogie White treats the song material to various high-class-choruses.“ 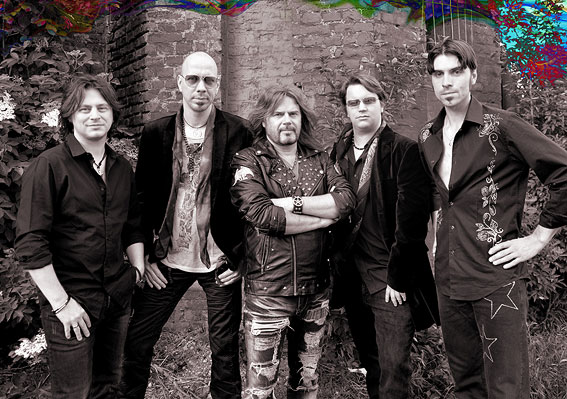 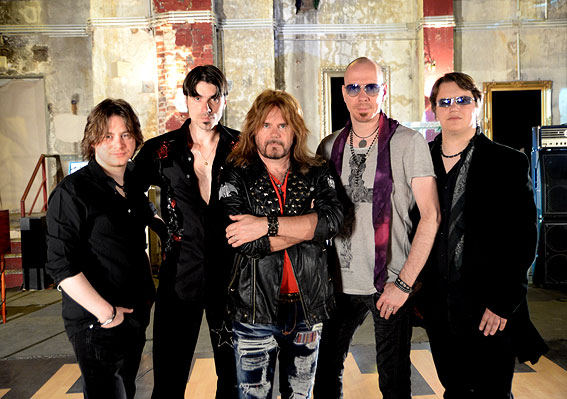 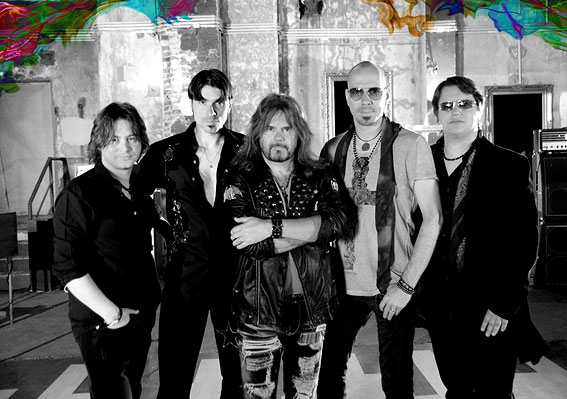 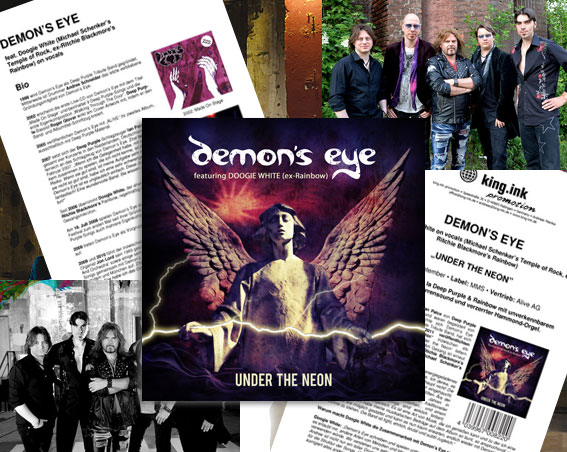 You can use the Press photos in your publications. All photos are royalty-free for press use only.